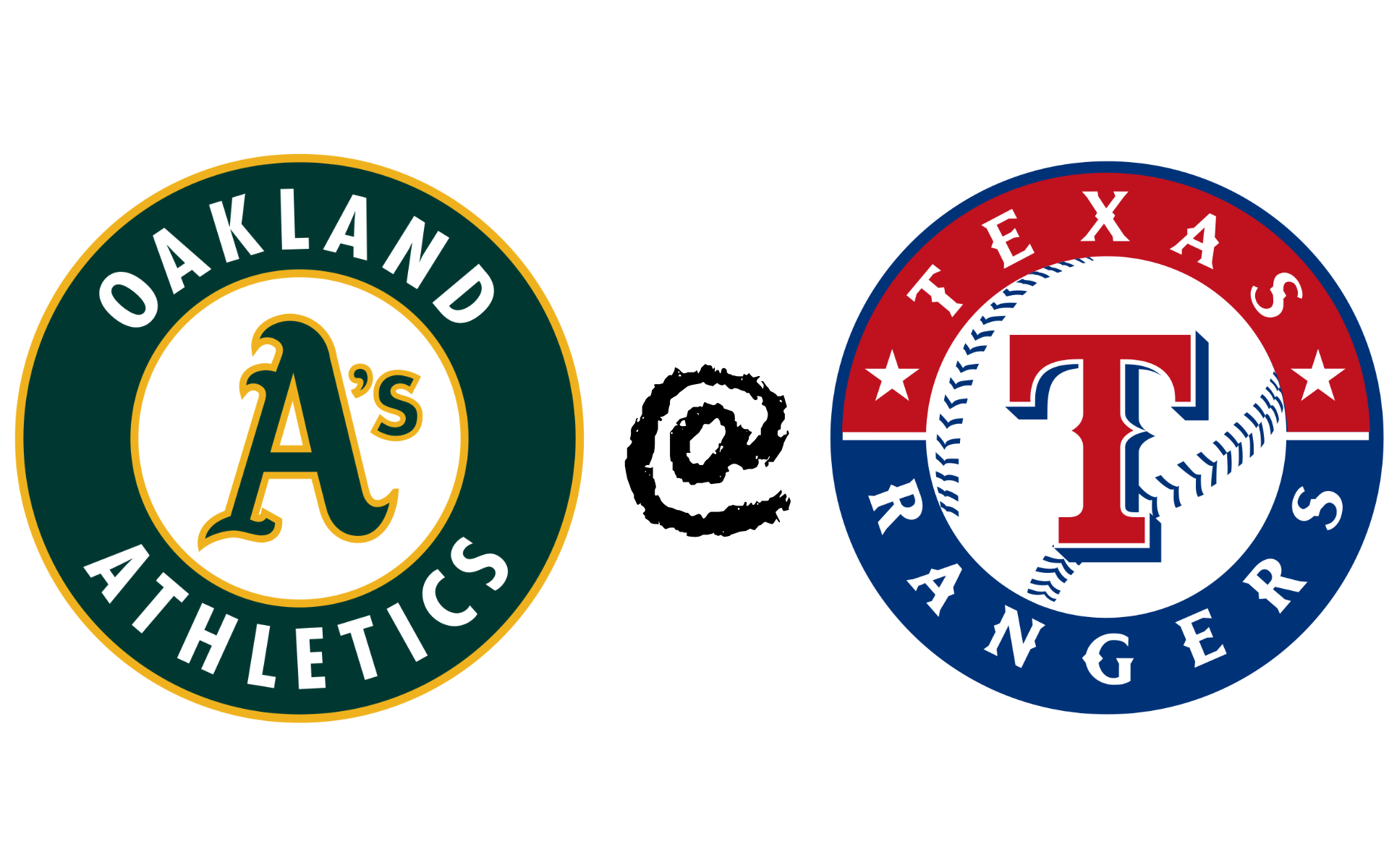 Game 1: Cahill wasn’t quite as good as in his first game, but he kept it close, kept the team in the game, and the offense came through with late runs. Semien went deep again and he’s starting to look pretty comfortable hitting lead-off. Then a hustle hit for Lowrie and 2 out hits/runs. Lots of fun!

Game 2: Triggs gets another win! After several no-decisions in games he pitched well, the offense came through and got Triggs the win! Unfortunate that Treinen who has been one of the more consistently effective relievers only got to throw one pitch, hopefully he won’t be hurt long. ANOTHER series win! 3 series wins in a row after losing (or splitting) the first 5 and now they’re 2 games over .500!

Game 3: Alright, it looks like whatever had Kendall Graveman completely out of sorts might be mended. He took the loss again, but he went 6 solid innings and gave up only 3 runs. He also worked around a couple of errors by the defense, picking them up and not letting things snowball. Its a shame that the A’s made some questionable baserunning decisions and couldn’t come through with the runs/hits to get Graveman his first win, but thats two games in a row where he’s pitched effectively for stretches, and this was definitely an improvement over the last outing.

Again, its hard to sweep any team, and by winning the first two games to guarantee the series win the A’s put themselves in a position for a chance to be greedy and go for the sweep. This is the second 4 game win streak the A’s have had in very quick succession, When the Red Sox ended the A’s last 4 game streak they immediately got back onto a roll. It will be interesting to see if in the next series against Houston the A’s can do the same.

The A’s stay on the road and in Texas, facing off with the Houston Astros. 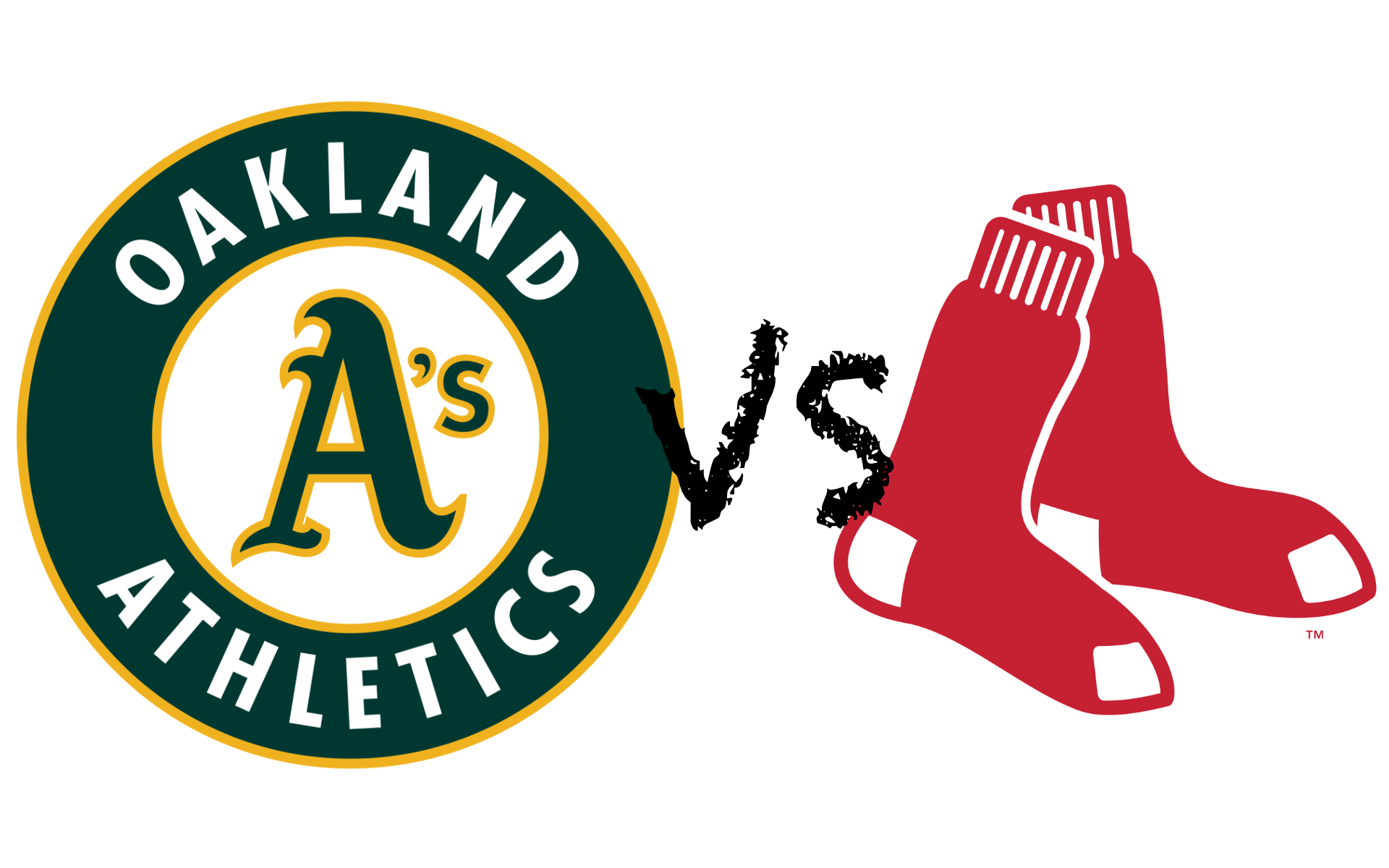 The opponent: The Red Sox

Game 1: Disappointing - a buzzword so far… Graveman actually pitched fairly well, although after a quick and easy top of the first, and then being spotted 3 runs in the bottom, he immediately gave them back. 6 of the 7 runs landed on his ERA as well, but I put those more on Pagan for giving up the grand slame to Moreland. Hopefully this is actually a start to build on for Graveman.

Game 2: MANAEA IS THE MAN!!! NO HITTER!!! His stuff was great, he was calm and composed, nothing phased him. The no hitter is impressive but to do it against the hottest and best team/offense in all of baseball?!?! As impressive as it was, it wasn’t all THAT surprising… Manaea has been REALLY good all year so far. The offense did just enough against Chris Sale, Semien was involved in all three runs including taking Sale deep. It will get lost in the shuffle, but Sale went 7 innings and had 10 strikeouts himself. In the post game interviews Manaea admitted that he didn’t realize the Semien play had been ruled an error (he assumed it was a hit) and so he didn’t know he had a no-hitter going until he noticed it on the big screen in the 8th inning… Nothing much else to say except… NO HITTER!!! oh, and a chance to win the series against the best team in baseball and get back to a .500 record.

Game 3: Daniel Mengden vs David Price = Pitcher’s duel?! Mengden was solid, 6 1/3 innings, and only giving up 1 run? He may not have gotten the win, but he put the team in a position to win, and the offense came through. They may not have scored as much as against the White Sox but they continue to hit, especially with 2 outs. From not winning any of the first 5 series to winning 2 in a row! And against the best team in baseball too!

Now that the offense is clicking, the starting pitching is starting to carry some of the load too. The A’s are finding themselves staying competitive late into the games and the bullpen is almost trustworthy. Most importantly its exciting and fun to watch the A’s!

The A’s head back on the road, starting with the Texas Rangers. 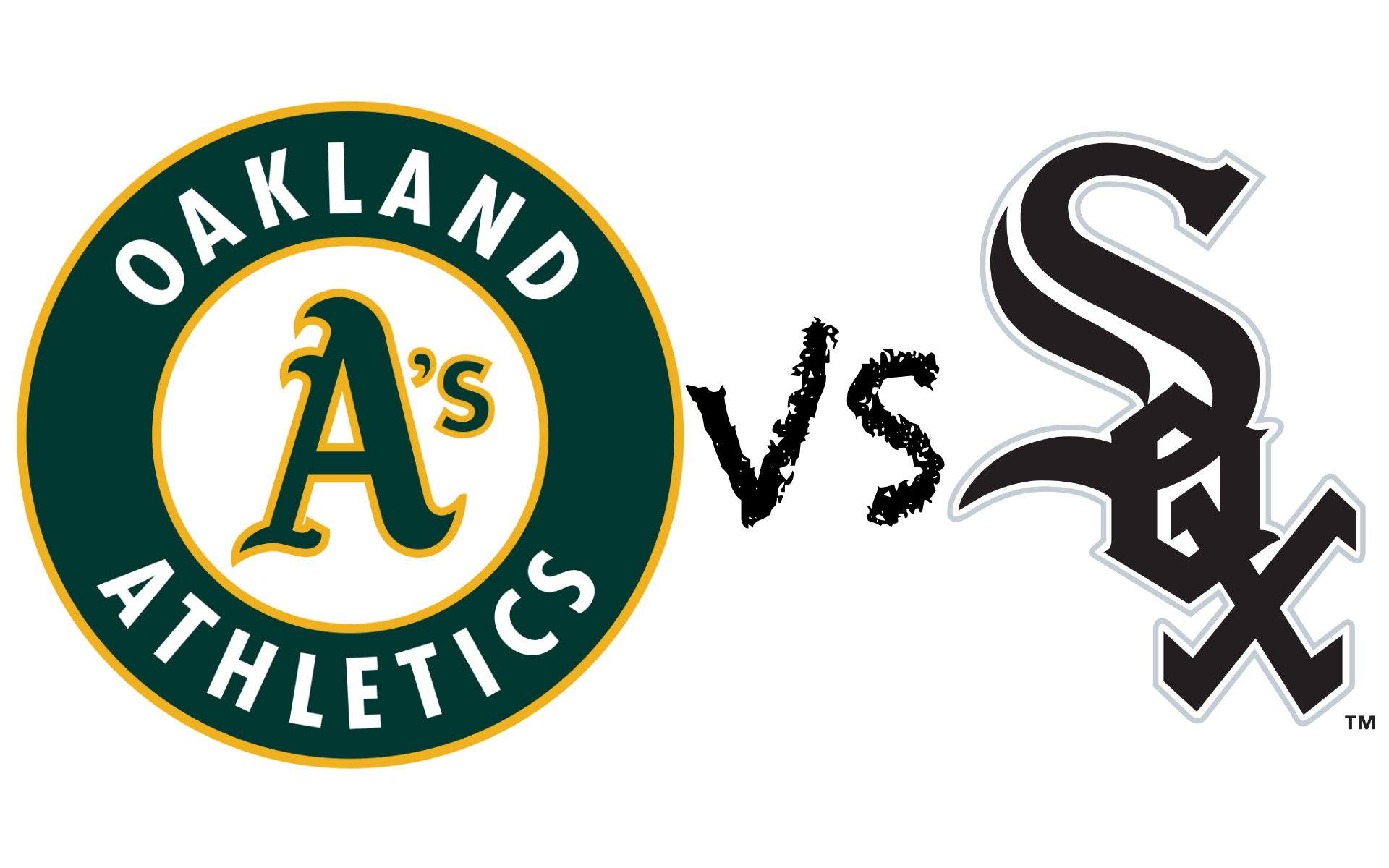 The opponent: The White Sox

Game 1: Mengden! 8 innings (plus one batter in the 9th) and only a single run on a homer in the 9th? And the offense continued to get hits, and maybe more importantly take advantage of mistakes by the White Sox. Ideally the offense would be good enough to score runs regardless of what the other team is doing, but the truth is that most teams make at least a few mistakes (whether errors or not) in every game. The team that win is usually the one that manages to take advantage of those mistakes.

Game 2: I’m biased, but this may go down for me as one of the best games of the season. It was the 50th anniversary of the first game in Oakland, so the A’s made every ticket for the game free. Yup, free. Several months ago I signed up to get free tickets, and the whole family went (both kids, 4 years and 2 years) as well as my parents and sister. We got there 3 hours before first pitch (and 30 min before gates opened) got GREAT seats, and proceeded to watch the A’s celebrate on the field as well. 5 runs in the first with 2 outs, and TREVOR CAHILL back in Oakland, back on the mound, and pitching well. The bullpen gave up another run, but at that point it was 10 - 0, so a little bit more aggressively in the zone is to be expected, and rookie Trivino got into the game and got himself into and out of trouble. Final bit of personal fun from the game - they were taking photos with a particular hashtag and putting them on the big screens before the game started, and we got three different photos up there! 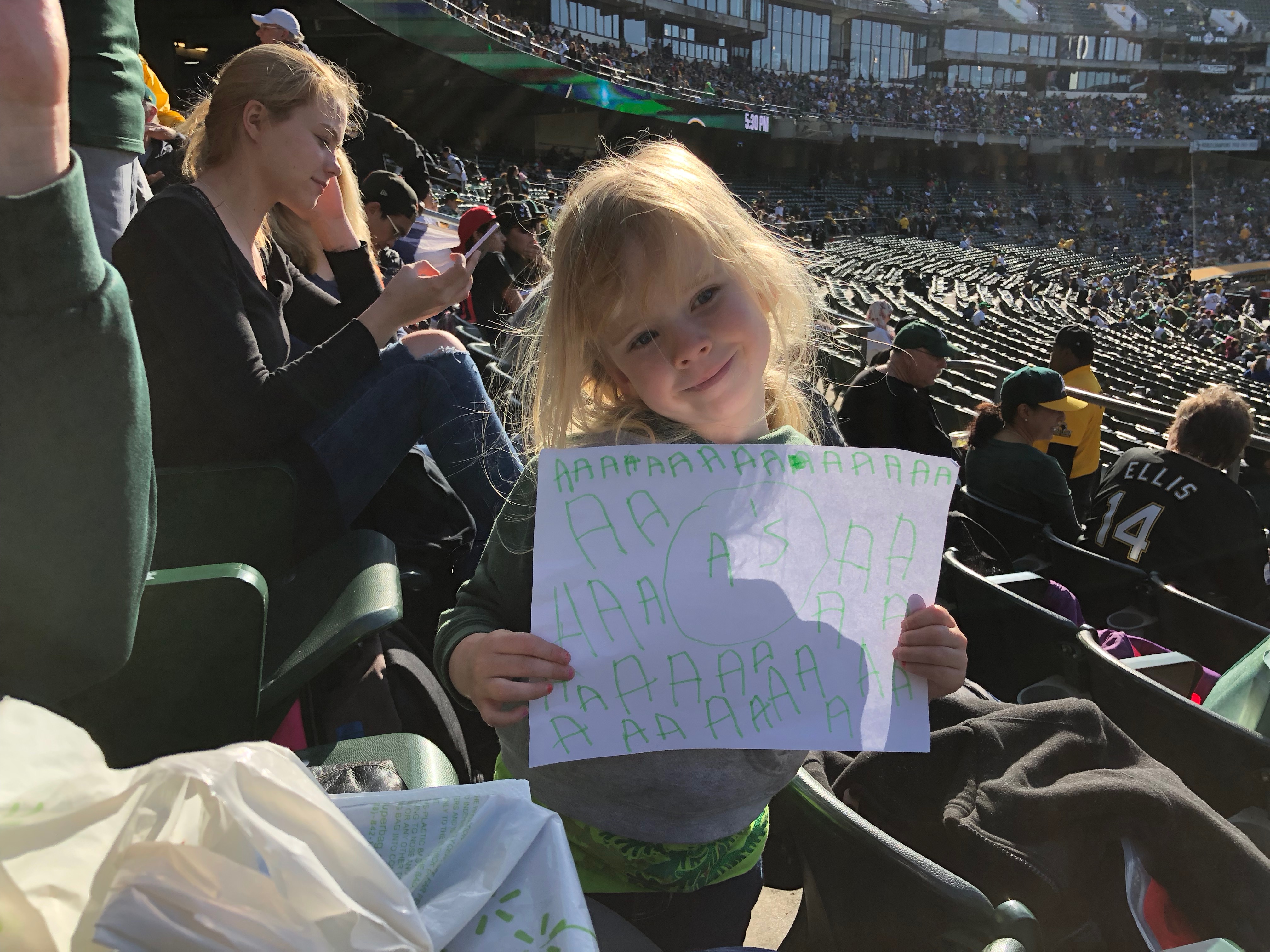 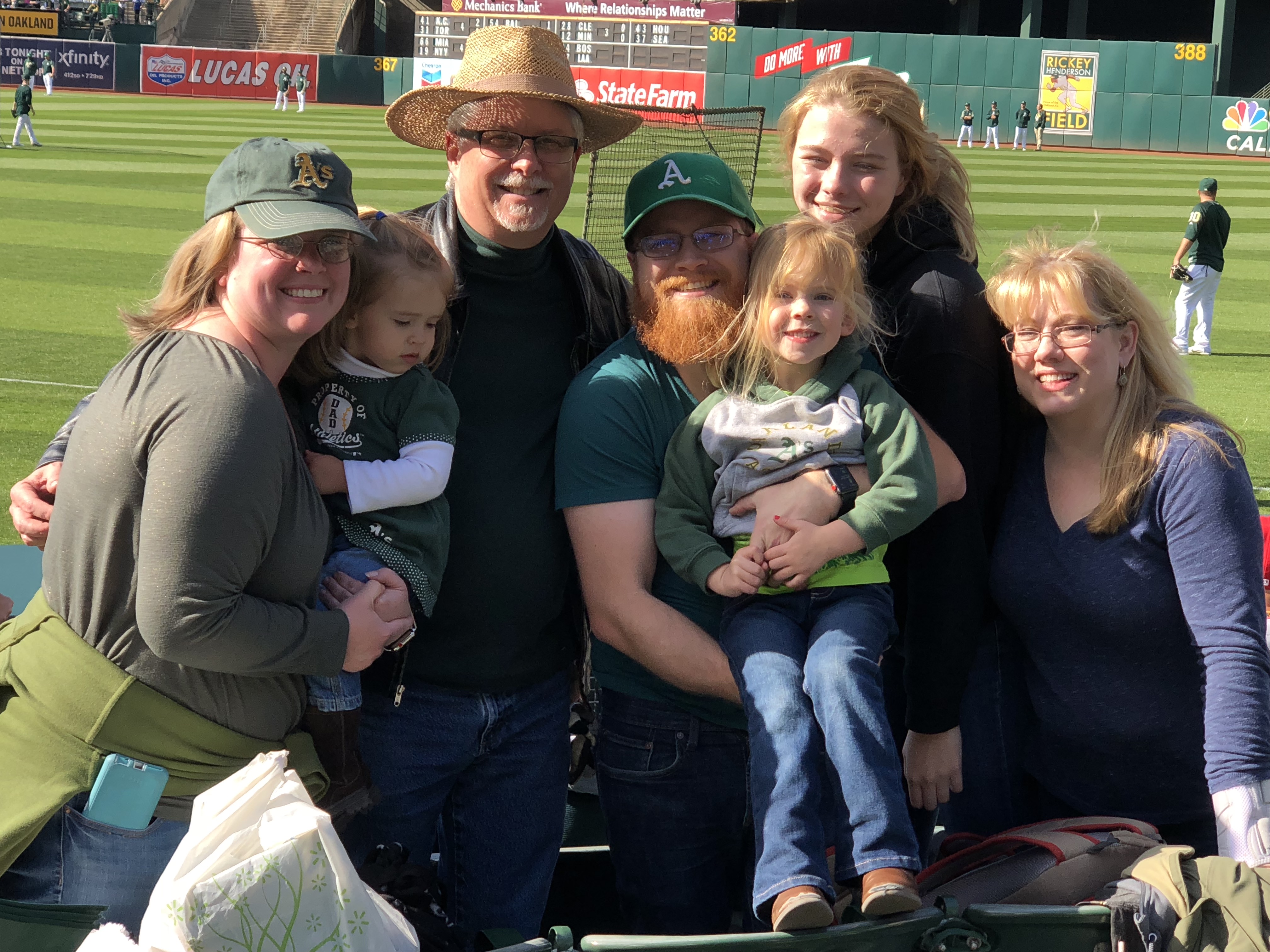 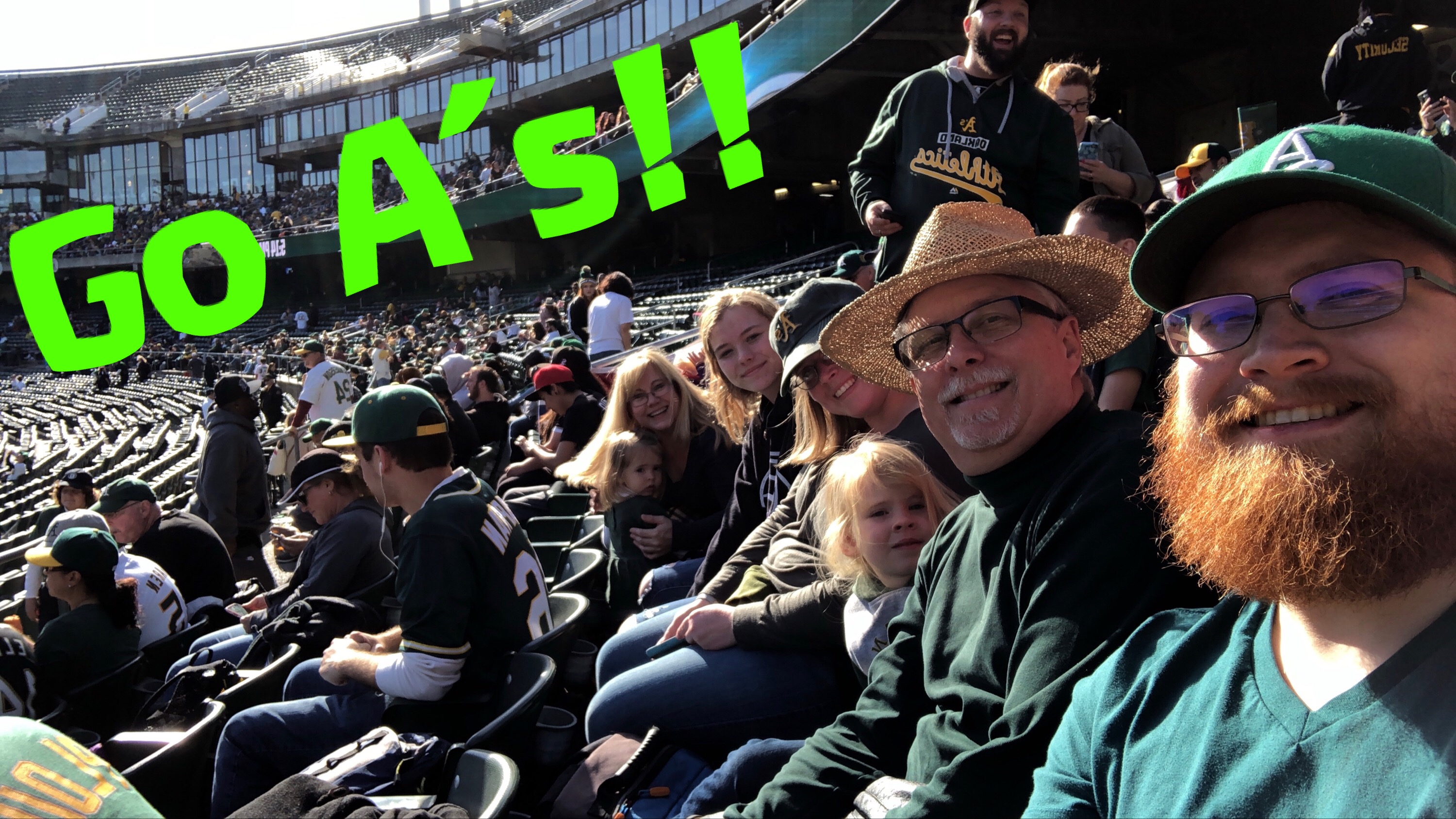 Game 3: Beating almost any team three straight days in a row is tough, and this game was no exception to that rule… It was disappointing, but maybe Triggs was due for a bit of a stinker. The offense came through in covering for him though, only to have the bullpen gives the runs right back… multiple times… including in the top of the 8th to force the game to extra innings. Good character win though for the team to overcome the mistakes from the pitching staff, and the bullpen did come through in extra innings. Going from not winning a series yet this season, to sweeping is also pretty nice.

I’m tentatively comfortable saying that the offense is there, the defense is there, and now there’s actually light at the end of the tunnel with the starters - Manaea, Triggs, Mengden, and Cahill… if you can get 4 quality starts (or even better which all 4 of them have provided) this offense looks to be opportunistic enough to win some games, and if those 4 can go deep-er into games, the bullpen shouldn’t be as overtaxed and hopefully can handle its business too.

The A’s stay at home and welcome the Boston Red Sox into town. 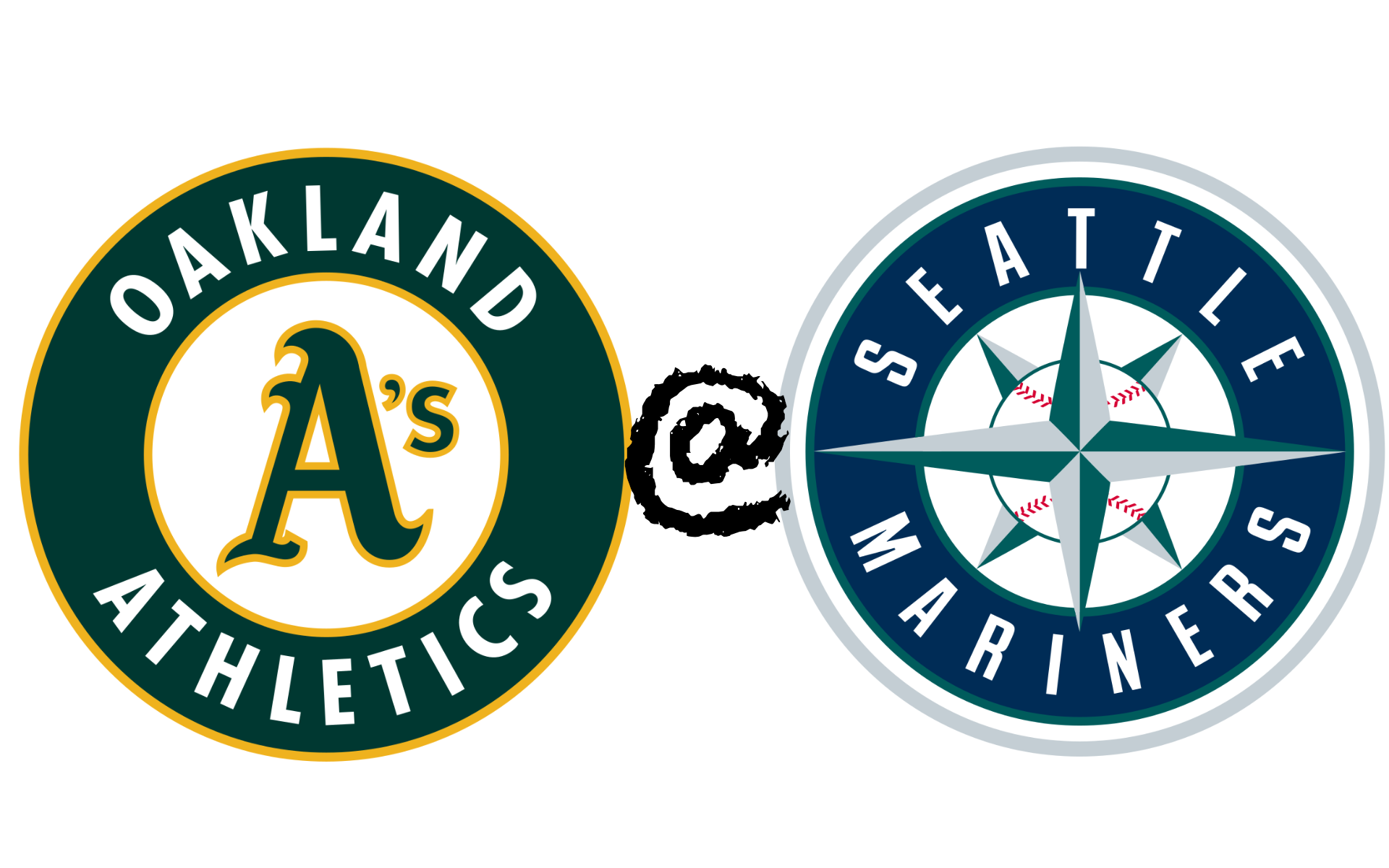 The opponent: The Mariners

Game 1: Frustrating… Andrew Triggs turns in another solid (if short) start - 5 innings, 2 runs - which is promptly wasted by the bullpen… hit allowed by Petit, walk by Coulombe, homer by Hatcher, and then, for good measure Hatcher gives up another hit and another homer…

Game 2: Even MORE frustrating… Graveman once again gives up a long ball for a 3 run deficit. But THEN, beyond all hope, the offense comes alive and immediately answers with 3 runs of their own. Especially gratifying because they appeared to lose a run (and get an out) on what turned into a ground rule double. It feels like every time the A’s lose a potential/likely run to a ground-rule double, they end up getting nothing, so to get a 2 out, 2 run single, and then ANOTHER 2 out, RBI hit! But of course, Graveman immediately gives up another 2 run homer. From there it just continues to be disappointing - the A’s keep finding ways to score, but they can never overcome the bullpen finding ways to give up even MORE runs…

Game 3: Yeah, Manaea is the man! He outpitched ‘King’ Felix for 7 innings, and Jed Lowrie continued to stay hot getting to Felix for a 2 run homer in the first. Treinen got the 4 out save in convincing fashion, and the A’s defense sprinkled in some impressive plays - Chapman showcasing his all-around ability by charging and throwing out the speedy Dee Gordon on another excellent bunt attempt, and Olson flashed some impressive mobility and leather to eliminate an infield hit. The offense threatened a few other times, but once again couldn’t break through.

The offense seems to be coming to life, although its still inconsistent - Khris Davis seems to have gotten going again with 3 homers in the series, and Jed Lowrie continues to rake. Starting pitching is still really only Manaea and Triggs, and now the wear on the bullpen seems to be showing… I believe I saw the stat that they’ve given up more home runs than any other bullpen. The defense actually continues to look impressive at multiple points each game, but not sure if its translating to wins…

The A’s are back home facing the Chicago White Sox. 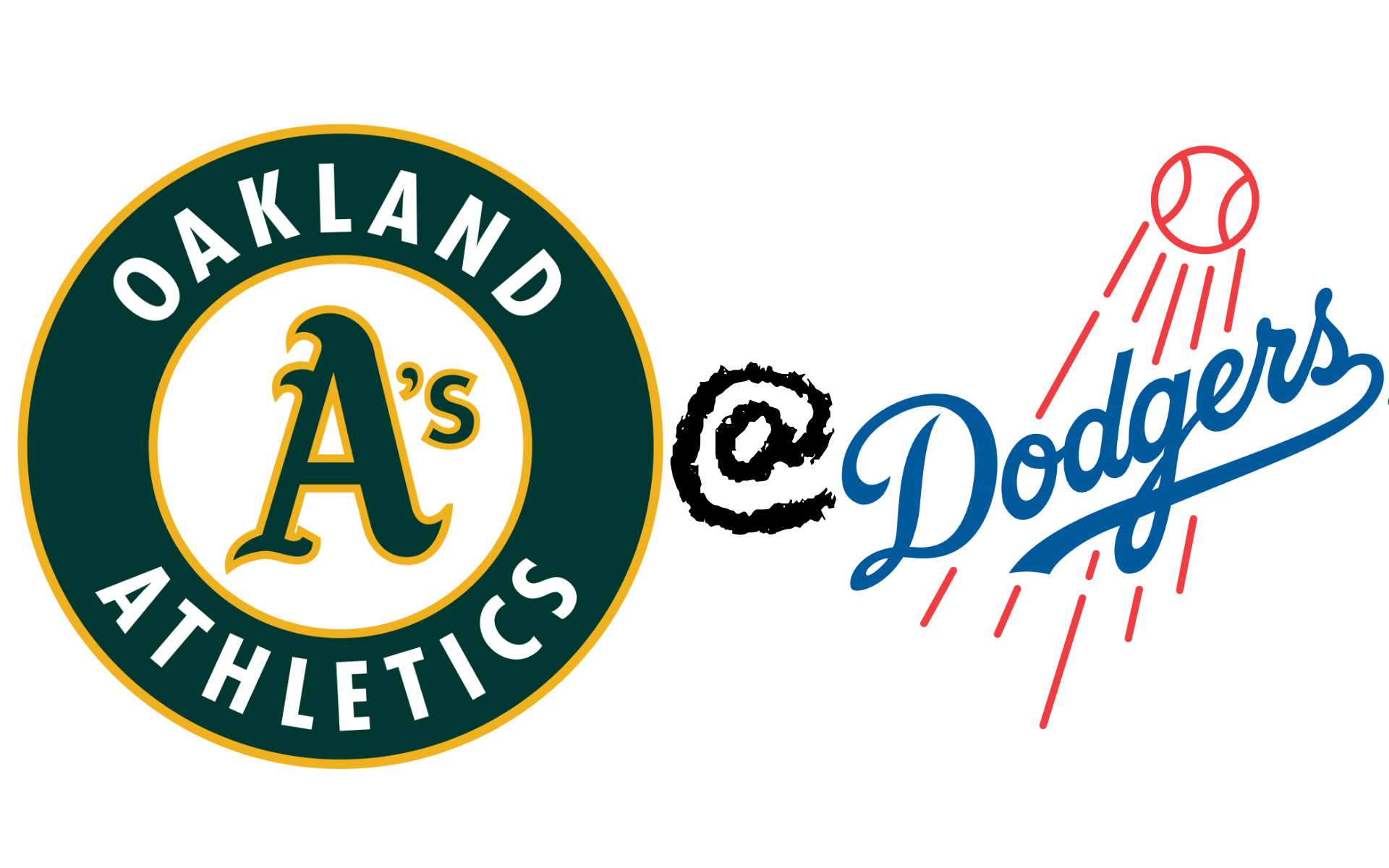 The opponent: The Dodgers

Game 1: Back to back home runs to start the game, certainly not ideal from Manaea, but 5+ innings and not allowing anything else? A very good sign and continuation of his excellent start this season. Once again though the offense just isn’t there, are all of these pitchers the A’s are facing really THAT good (hint, I think they’re probably not…). No hit into the 5th inning AGAIN… and ultimately the first shutout of the season. While I’m annoyed at Liam Hendriks for giving up extra runs, its not like the offense was actually doing anything to inspire faith or even hope in a comeback.

Not much changes… only a 2 game series, and interleague as well… but if they can figure out how to hit even slightly consistently (and 21 hits, 16 runs is nice but excessive) they have a chance to win some games because a few of the starting pitchers are actually looking solid (Manaea, Triggs), the bullpen is eating a LOT of innings for the others, and the defense is actually pretty good so far.

The A’s continue traveling to Seattle to play the Mariners.